What is psychoanalytic therapy?

Psychoanalytic therapy is a talking treatment that aims to alleviate mental distress by gently uncovering its root causes. It can help you see yourself, your relationships and the things that are upsetting you in a profoundly new light. Although the practise of psychoanalysis  has been expanded and enriched over decades, it originated with the theories of Sigmund Freud.

Freud believed almost all psychological distress was caused by suppressed thoughts, wishes and emotions. Or as he put it: "Unexpressed emotions will never die. They are buried alive and will come forth later in uglier ways."

Freud's solution was psychoanalysis: regular meetings between a client and a therapist that would allow these innermost emotions, these feelings that had been 'strangled at birth', to be revealed and expressed. Patients were encouraged to share whatever was going through their mind. The psychoanalyst was there to listen, observe and help the individual uncover - and make sense of - their true feelings.

How did Freud think feelings became hidden or repressed?

Freud believed feelings became buried as a result of upsetting or emotionally confusing events experienced in childhood. Some emotions are too difficult or traumatic for our conscious mind to process, the psychotherapist argued, especially when we're still developing emotionally. Instead, these troubling feelings are stored in our unconscious mind, only to re-emerge in adult life.

As Freud's and others' work has showed, simply acknowledging our feelings can bring considerable relief when we're in emotional distress. It is also the first step towards understanding them, and transforming them.

Freud's imaginative leap - the idea that the unconscious mind can become a storehouse for repressed feelings - still forms the basis of most psychotherapy today.

What's the difference between psychoanalysis and psychoanalytic therapy? How can I decide which approach is best for me?

Though these two forms of treatment are similar - both work on the principle of alleviating mental distress by helping you become more aware of your inner life - there are some differences. Classical psychoanalysis, as pioneered by Freud, usually involves a client being 'on the couch', or facing away from their therapist.

The idea is to enable you to speak completely freely, in a sense, to forget about the presence of your therapist, in the hope that this will allow you to shed any self-consciousness and get to the nub of what's troubling you.

Your therapist may not always say very much during a session, although they will be busy interpreting and noting what you say. This doesn't mean they won't raise important issues with you; they may simply want to build up an accurate picture over time.

Like psychoanalysis, psychoanalytic psychotherapy - also known as psychodynamic psychotherapy - aims to help you make lasting changes in your life. However, sessions will be more face to face and your therapist may interject more often, asking questions and discussing possible interpretations with you. In this sense your therapist will have a more obviously supportive role. This doesn't mean they won't be similarly impartial, and they will still be searching for recurrent patterns and meanings in what you say.

Both styles of therapy have great benefits, so the choice of treatment really depends on personal preference. Some clients benefit from a combination of both therapies. All this can be discussed with your therapist as you progress.

How has the practice of psychoanalysis changed since Freud's day?

Freud's original ideas have been developed - and often, challenged - by numerous thinkers and philosophers, leading to the many different forms of psychotherapy on offer today.

Freud's erstwhile disciple Carl Jung, for example, the founder of analytical psychology, felt it was limiting to suggest only past experiences determined our behaviour. Jung believed that our future desires - including our view of the purpose, meaning and value of life - profoundly affected our behaviour too. Later, in Sixties Britain, the psychoanalyst and existential philosopher RD Laing further expanded Freud's ideas when he came up with his own ground-breaking theories about the part played by society, and the family, in the development of psychosis. Other famous thinkers to have borrowed from Freud's theories include Klein, Derrida, Lacan, Kierkegaard, Wittgenstein and Nietzsche.

At Face to Face Therapia we draw on this very broad tradition of psychoanalysis. It's our firm belief that no one individual, however brilliant, can be entirely 'right', or conversely, entirely 'wrong'. In our opinion, the wisest approach to psychological distress borrows from the greatest minds that have existed.

If you're in any form of distress, psychotherapy can bring relief. For more information, or to book an appointment with us, please contact us

We are located across Kanyon Shopping Centre; closest metro station is Levent.

Why do we have affairs?

How group therapy could help you

It's ever so easy to feel alone with our thoughts and feelings. Group Therapy reminds us that we're not. To find out more, please contact us .

What our clients say

"Melike helped me feel supported and understood, which I really needed. Over time, therapy also helped trigger a profound shift in the way I think about everything. It's changed my relationship with anxiety - and my life."
Charlotte, London 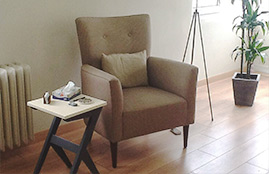 ©2021 Melike Kayhan is powered by WebHealer
Cookies are set by this site. To decline them or find out more visit our cookie page